Large screens behind the Christ Fellowship stage flashed photo after photo of happier times: Edgar and Angela Gonzalez’s wedding. Family vacations. Dinners with friends. Edgar and his daughter Deven fast asleep in what looked like an afternoon nap.

As instrumental music played in the Palmetto Bay church on Friday afternoon, loved ones entered, many first leaning and kneeling to pay their respects to Deven and Angela — both seated in wheelchairs — and Tayler Scheinhaus.

Pastor Don Robson shared a statement with the assembled before a three-piece band began a medley of tunes that included “Amazing Grace.”

‘I have a reason to be here’

Gonzalez was the only member of his household in Unit 904 who died in the Champlain Towers South condo collapse in Surfside a month ago. He was pulled from the rubble July 8 — two weeks after the collapse, which authorities say killed 98 people.

His wife, Angela, 41, and daughter, Deven, 15, miraculously survived after falling four stories from their ninth floor condo, according to family friends. They were both hospitalized with injuries and are on the mend.

“I have a reason to be here,” she recently wrote on Facebook.

‘How to survive in a house of three women’

Rick Blackwood, a teaching pastor at the Christ Fellowship church, read remarks from Gonzalez’s family at the service.

Angela said of her husband, “He was my person. We complemented each other. We were perfect for each other. He had so much love for me, his daughters and his family. Edgar’s love language was acts of service.”

Angela also talked about how, every morning, her husband woke early to make her coffee and to make sure the fuel tank was filled in her car.

“If I forgot to put gas, it wouldn’t even occur to me to check the gas gauge,” Blackwood read on Angela’s behalf, as the roughly 200 people in attendance laughed.

She then wrote that Edgar was “an exceptional father, who somehow understood how to survive in a house of three women.”

Morning talks and a constant presence

Deven talked about how impressed she always was about her dad’s ability to seamlessly balance his busy work life and being a dedicated husband and father.

“Sometimes describing Daddy in words is so hard because he was so amazing. I remember how passionate he was when I would go to his law firm after school. How he would start talking about politics, and we would go back and forth, or easing into his work with phone calls, feeling impressed with how smart he was,” Deven said.

“I remember our morning talks we had driving to school about world problems, about school, about me, or just small talk. I remember his hugs. I will miss his hugs, and the safety and the warmth it provided and how it felt so strong and nothing could penetrate it or break it.”

Tayler talked about how her father remained a constant presence in her life even after she left home in adulthood.

“Once I moved out, he made a point to call me, ask me how I was doing and remind me that he loved me. He would make sure we would still have daddy/daughter days, by having lunch with me even after I moved out,” she said. “One time he found out I was sad at Valentine’s Day. He called and took me on a special daddy/daughter date.”

Gonzalez, an attorney, had recently started a second career at downtown Miami’s Hidalgo Law Firm, where he worked with two of his closest friends — Marlin Muller and Yanny Hidalgo.

Gonzalez was born in Cuba and moved to Miami with his family as a young child.

He is a 1994 graduate of Christopher Columbus High School, a private boys’ Catholic school in West Miami-Dade, where he played football. He went on to attain a finance degree from Florida State University and then worked as a loan officer while earning his master’s at Florida International University.

This experience sparked his interest in law and eventually led him to law school in 2016.

On social media, photos show the family’s happier memories in the Champlain Towers South — the girls showing off homecoming dance and prom dresses in the lobby, posing in Christmas pajamas in front of a sparkling tree, taking selfies on the balcony with the ocean in the background, blowing out birthday candles at the condo’s kitchen island.

Shortly after their 14-year anniversary, Angela and Edgar recorded a video from the living room of their condo, giving advice to newly married relatives.

“What we’ve learned is life is going to be hectic. Be intentional with your loved one, laugh together, stay friends, continue to date each other,” Angela said.

“Take a couple weekends a year to continue the romance and enjoy each other,” Edgar said.

Gonzalez’s love for his wife and daughters “was so unreal,” Muller told the Miami Herald last month, recalling how Gonzalez often traveled around the state for Deven’s volleyball tournaments. Deven has been a varsity starter on the Miami Senior High volleyball team since her freshman year and was named co-captain in her sophomore year.

The lawyer would arrive at the downtown office hours early every morning so he could watch tapes and record statistics for Deven’s coach.

In Christmas 2018, the family surprised Deven in the condo with a brown and white dog, Daisy, who was decorated with a red bow.

“No, she’s your dog!” Gonzalez shouts from the kitchen.

Daisy was never found in the rubble, but the family’s cat, Binx, survived.

A family comes together

At the funeral, which was also attended by Gonzalez’s parents, Maria E. Comas de Gonzalez and Dr. Jose A. Gonzalez, Rolando Moreno, Gonzalez’s best friend, spoke about their early days together playing football at Columbus. He also shared how Gonzalez comforted him when Moreno’s father was killed in a car crash.

He joked about their single days courting women at nightclubs, and that one day, Gonzalez attracted “one of the rarest of specimens in Miami: a blonde non-Latina.”

“Edgar enjoyed fatherhood from day one. He thought of Tayler not as a stepdaughter, but as his daughter,” Moreno said.

Then the couple welcomed “a little angel by the name of Deven,” Moreno said.

From then on, gone were the weekends of hanging out with Moreno and their other buddies — even at Dolphins games.

Moreno closed his remarks talking about the last time he tried contacting his best friend.

Follow more of our reporting on Condo Collapse: The victims’ stories

Samantha J. Gross is a politics and policy reporter for the Miami Herald. Before she moved to the Sunshine State, she covered breaking news at the Boston Globe and the Dallas Morning News.

David Goodhue covers the Florida Keys and South Florida for FLKeysNews.com and the Miami Herald. Before joining the Herald, he covered Congress, the Environmental Protection Agency and the Department of Energy in Washington, D.C. He is a graduate of the University of Delaware.

Tue Jul 27 , 2021
NEW DELHI (AP) — As coronavirus conditions ravaged India this spring, Anil Sharma visited his 24-year-outdated son Saurav at a non-public hospital in northwest New Delhi each working day for much more than two months. In May well, as India’s new COVID-19 situations broke world documents to access 400,000 a […] 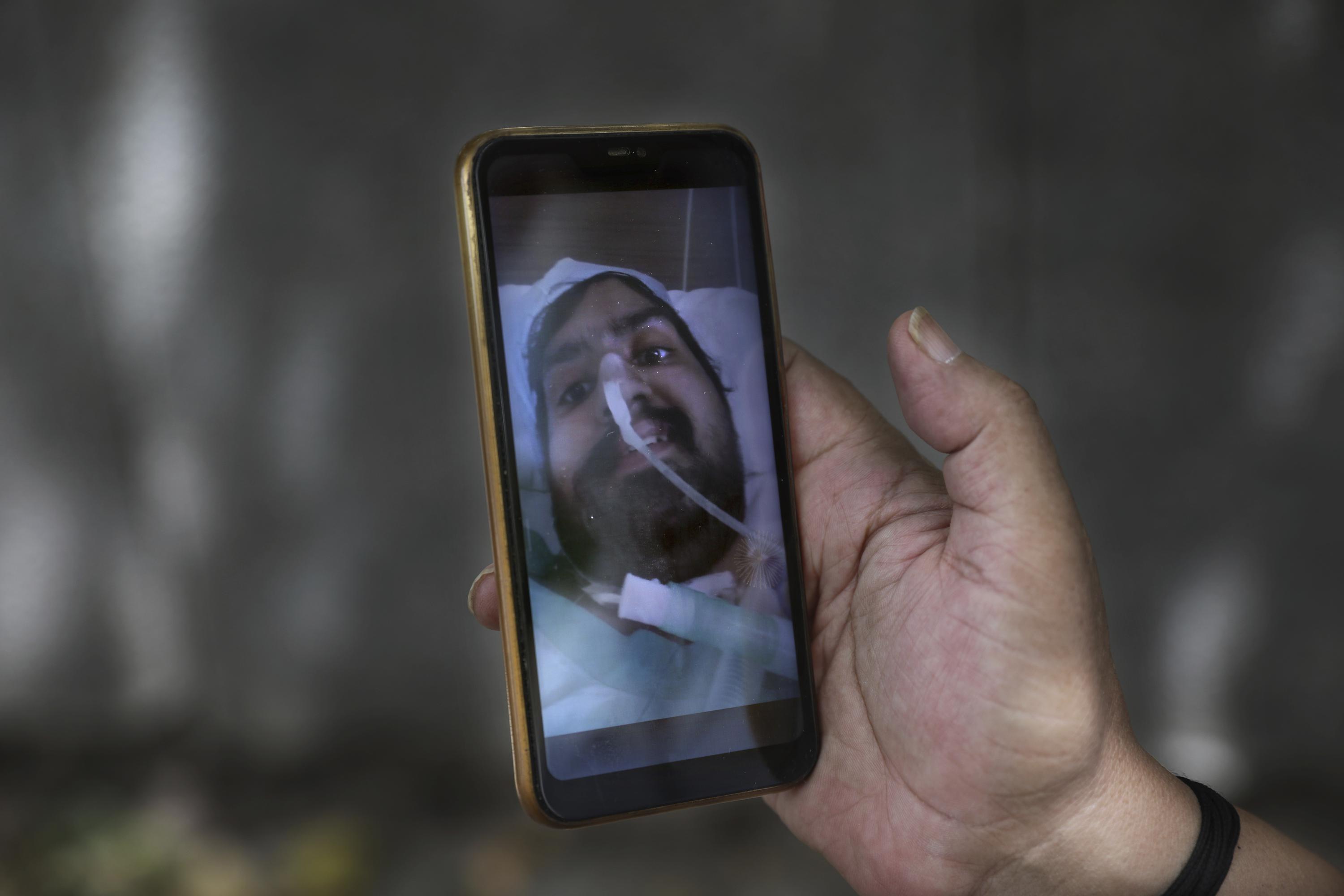